A text message that is seldom ignored. Matt pops over for a catch up and while we chat, remembers something. Across the table slides a jumble of anodised green steel. I look up, and he confirms my suspicions, it’s gear review time again. I recognise the Climbing Technology Click-Up from the previous week. 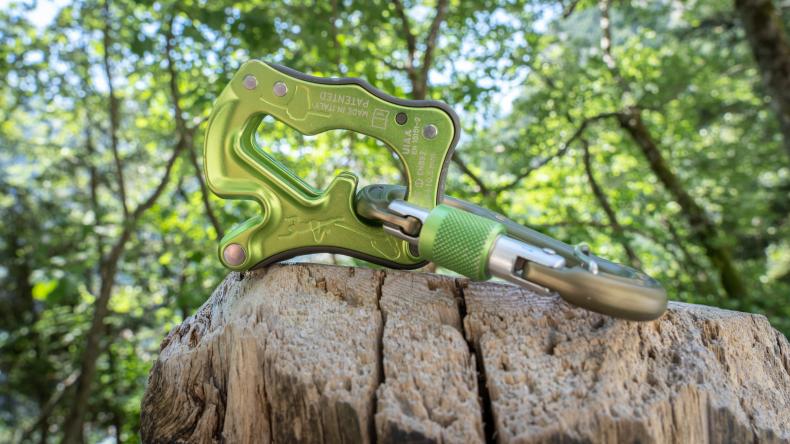 The first time I encountered the Click-Up was with at the Mont-Blanc Escalade indoor wall. I was passed the device to try out and was more than a little dubious about it. I have personally always used a belay plate. I often use half ropes or need to abseil on a single rope, so prefer a plate. I’ve always found Grigris too much faff, never really got the knack of paying out rope smoothly.

The Click-Up seemed to me like an unnecessary progression, in particular, the need to ‘click’ the device out of the locked mode. I belayed Matt at the wall hesitantly, grateful that he was warming up (so probably wouldn’t fall off). Somewhat to my surprise, a pitch of rope passed through the device without accidentally locking, or causing me to short rope Matt. At the top, he leant on the rope and the device hopped up with an audible, but fairly satisfying ‘click’.

I realised the biggest problem with the Click-Up...what is it?

Tilting the device forward, I let the rope slide through and Matt returned to the ground with as much grace as I’ve ever seen him display, although that’s not saying a lot. I handed the plate back, agreeing that it was better than I’d expected, and thought nothing of it.

Fast forward a week and it’s time to go cragging. I grab my usual climbing bag, cram in a few cereal bars (I need sponsorship) and make for the door. As I leave, I pass by where the Click-Up is sitting, exactly where it stopped sliding across the table the night before. 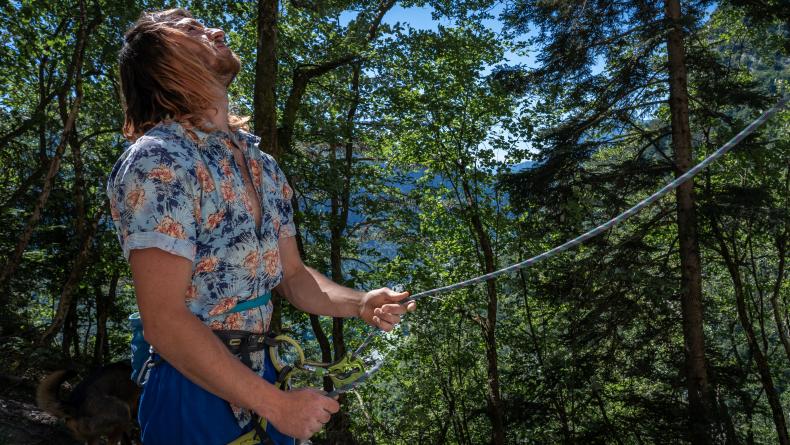 With a sigh I wedge it into to the top of the overfilled pack. At the crag I get the Click-Up out of the bag (its blocking in the cereal bars). My mate, Seamus, looks at the device warily, asking what it is. I’ve forgotten the name. “It’s a belay, err… box”. And here I realised the biggest problem with the Click-Up...what is it? It’s not really a belay plate, having a locking function and moving parts, minimal as they may be, and it isn’t a Grigri. I offered to be the test dummy and handed over the box, giving him a quick briefing so that I would be able to make it back down.

This time we were using my old, stiff, fat single rope, which, at 10.5mm was right at the maximum limit for the Click-Up. Some while later I was returned to ground level, “It works pretty well” said Seamus gesturing at the Click-Up.

It hadn’t jammed once, and although paying out and lowering were a little stiff, the fat rope worked well with the Click-Up. “Can you abseil on it?” Seamus asked. I didn’t know the answer but made a mental note of checking. Impressed with the belay box, I left it in my bag for the next outing.

Eventually, I got round to buying a new rope. Much thinner than my old rope; we hit the crag to reap the sweet gains that would surely follow my purchase. At a mere 8.9mm, this rope flowed much more easily through the Click-Up. In particular, lowering off was a much more rapid affair than previously. My climbing partner mentioned that the rope had started to slip a little in the locked mode, but only because he had released the dead end of the rope. While this is worth noting, its not really a good habit to get into, even if everyone at the crag is doing it with their Grigri’s.  Never let go of the dead end of the rope. 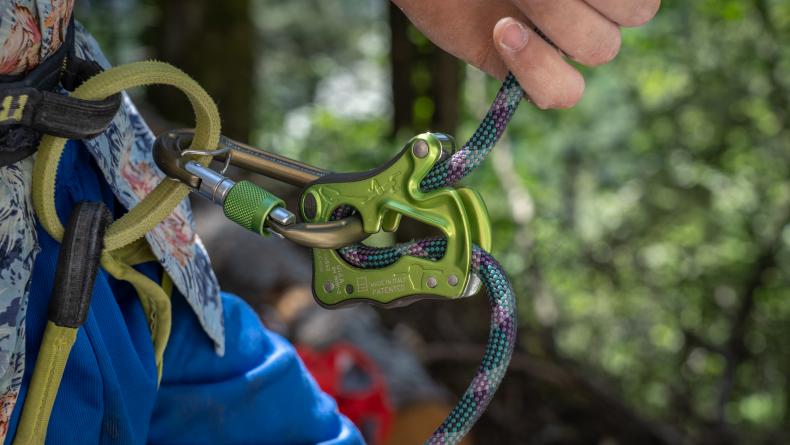 Whilst belaying, I caught a fall, causing me to be pulled into the air. Free hanging below the first draw, I lowered myself to the ground, in principle proving that it works abseiling. However, it doesn’t mention anywhere on the website that you can use it to abseil and I wouldn’t have it on my rack if I knew I was going to need to abseil so perhaps be cautious in that regard.

So, the Click-Up, how does it stack up? Functionally, I can’t really fault the thing. It does everything that is says it does and feels really intuitive. I personally found it much easier to get used to. But now it's time to compare it to a Grigri.

The Click-Up doesn’t feel like a Grigri, it has its own character.

Any new locking device that pops onto the market will inevitably pit itself against this granddaddy of assisted breaking devices. The Click-Up doesn’t offer quite as much versatility as a Grigri which definitely does work as an abseil and has proved itself all over the world on big walls, sports crags and in various rope access trades. However, the real advantage of the Grigri is not its versatility, but its reputation. The Grigri has been around for ages and has seen several design iterations, whereas if you said “pass me the Click-Up”, you would probably need to gesture in its direction and nod a bit to get someone to understand. 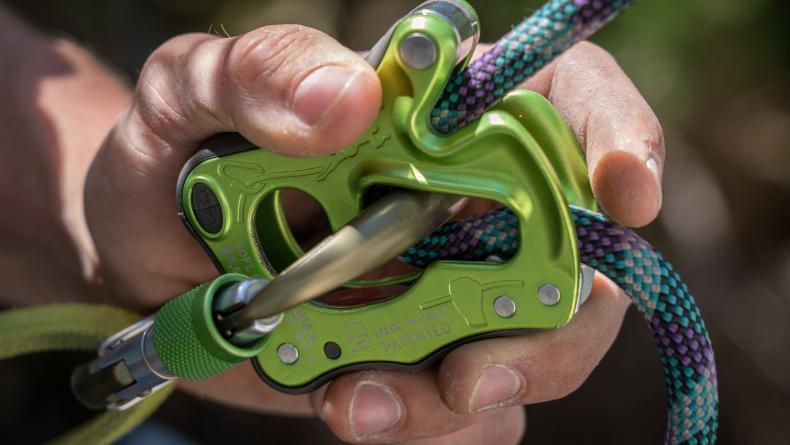 The Click-Up doesn’t feel like a Grigri, it has its own character. I found, for the pure sensation of belaying, the Click-Up was actually more enjoyable to use than a Grigri. I still haven’t had it lock up on me by mistake once. However, the climbing community in particular is very restive to change, so, like much of the climbing kit we now take for granted, the Click-Up may have to stick it out on the side lines until its proven itself, but I think it’s worthy of its own identity.

So would I continue to use it? Well, it’s still at the top of that overstuffed pack. Along with the cereal bars of course. 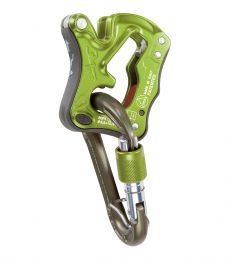